Kipp-Kelly began in 1913 as a diversified machine and custom manufacturing shop established in downtown Winnipeg, Canada. Kipp-Kelly had a well-deserved reputation as a problem solver, so when Quaker Oats approached them with a project regarding the cutting of whole oat groats, they worked together with the customer in developing the Kipp-Kelly Granulator.

First patent on Rotary Oatmeal Cutter issued to Theodore Kipp Jr. on January 26, 1926. Those early machines still form the basis of today’s Kipp-Kelly Granulator, still manufactured today in its current 1998 Mark IV design, which again was developed in co-operation with The Quaker Oats Company. Typical use of the Kipp-Kelly granulator is for the production of “steel cut” oats, which is then rolled into uniformly sized flakes. 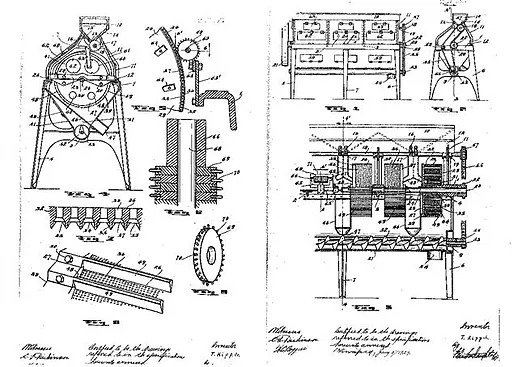 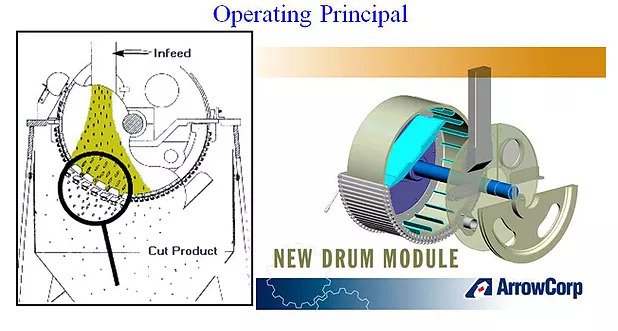 The cutting or granulation of whole oat groats is accomplished by the use of a perforated drum. The whole groat material is fed to the inside of the rotating drum. The bottom half of the drum is surrounded with a stationary knife cradle assembly. This cradle incorporates the knives, knife supports, and knife wedges. It is the selection of the knife wedge that determines the cut size of the Oat Groats. Granulated Oat Groats then become “Steel Cut Oats”.

The Kipp-Kelly rotary granulator is available in two, four and six drum sizes.

Each can be customized to accommodate wide variations in processing specifications. 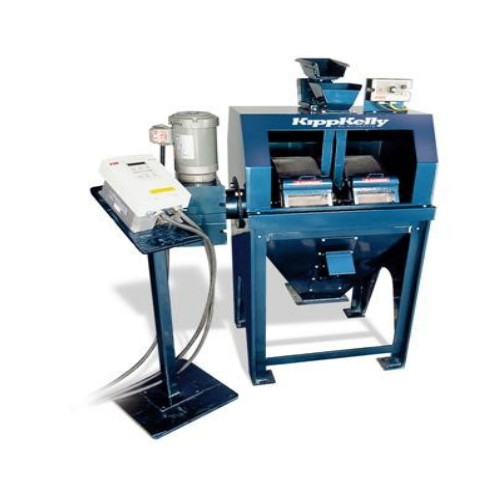 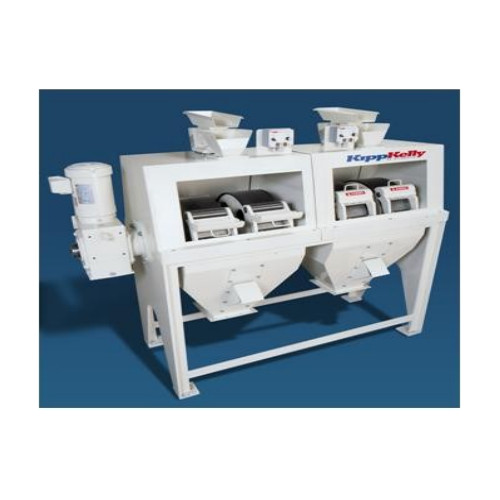 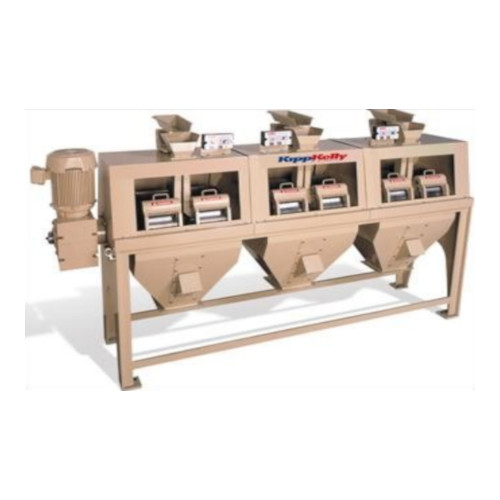 Arrowcorp is a leader in the design and manufacture of grain, seed and milling equipment based in Canada and USA exporting equipment to over 70 countries around the world. Equipment Design Built, Over-Engineering, Perennial Parts Program, Custom Manufacturing, Maintenance Programs and more.